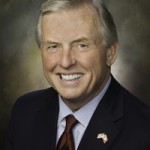 The state Auditor General is questioning the oversight of public assistance that’s distributed through electronic benefits transfer cards.   Jack Wagner says he can’t say with assurance that the cards are being used properly and only for their intended purposes. He says that’s because the Department of Public Welfare has not provided enough records and supporting documentation for a proper review by his office.

Wagner says 5.2 million dollars in cash for welfare benefits was used for out-of-state purchases or cash withdrawals in May of 2010.  He says 80% of the transactions occurred in bordering states.  Beyond that, he says his department known nothing about the types of purchases that were made.

Wagner says they want to make sure in these tough economic times; all available resources are there for those in need.  He says  his intent is not to raise unfair suspicions about welfare recipients.  He says his concern is over DPW’s refusal to properly administer programs to prevent the system from being “gamed”.

In a special report, Wagner says DPW needs to develop an internal review process to monitor transactions made with the cards, to make sure funds are spent in accordance with their intended purpose. Wagner says that oversight should include confirmation that a recipient still resides in Pennsylvania and should restrict access to ATMs in establishments that are inconsistent with the intent of the program.

In a written statement, the Department of Public Welfare responded to Wagner’s special report on the EBT cards. The department says that it takes its responsibility to make sure benefits are provided only to those eligible very seriously. Steps have been taken to review out-of-state transactions and potentially questionable benefit usage.