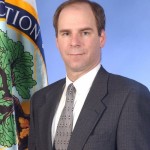 Under the state’s current evaluation system, teachers fall into one of two categories: satisfactory or unsatisfactory.  99.4% of teachers currently receive a satisfactory rating, and overhauling the system is one of the Corbett administration’s top education reform priorities.  “The success in meeting the mission of our public education system, ensuring that all children reach academic achievement, is dependent upon the quality of the teacher,” Education Secretary Ron Tomalis said in his testimony before the House Education Committee.

Legislation has been introduced in response to the teacher evaluation plan that Governor Corbett laid out, last month, in York.  State Rep. Ryan Aument’s HB 1980 would base half of a teacher’s evaluation score on student achievement.   It would also expand the current rating system to include four categories: distinguished, proficient, needs improvement or fails.

A variety of stakeholders had their say at Thursday’s Education Committee hearing, including the state’s largest teachers union.  “Using standardized tests as 50% or more of a teacher’s evaluation will not produce evidence of teacher effectiveness that is strong or fair,” said Pennsylvania State Education Association board member Linda Cook.  She does say, however, that PSEA wants to improve the current system in other ways.

The Pennsylvania School Boards Association supports the development of the new teacher evaluation standards, but raised concerns with the proposed timeline. “Being forced to move according to the deadlines set in legislation could inadvertently undermine the system that [the Pennsylvania Department of Education] has moved so methodically to create,” said Kathy Swope, President of the Lewisburg Area School Board, who testified on behalf of the PSBA.