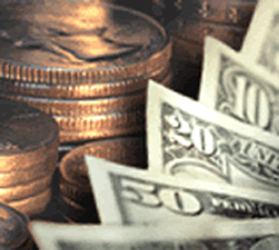 The recent ups and downs on Wall Street have made average investors concerned, and it’s during times like these that scam artists and flawed get rich quick schemes tend to increase.    Sometimes it involves a legitimate investment that’s misrepresented as low risk, other times it involves a rip off.

Michael Byrne, chief counsel for the Pennsylvania Securities Commission, says often, these schemes follow the headlines, such as real estate or energy deals.  He says generally people who pitch these investments will be telling you they’re safe, appealing to your fear.

Byrne says it may be tempting to pull your money out of legitimate investments, thinking you’re cutting your losses. He says if you pull those assets out, you’re locking in your loss and not giving it a chance to recover.  He says over the long haul, the stock market does recover.

Byrne says be careful with exotic securities.  He points to investments like viaticals, saying  there’s a lot of fraud in the life settlement area. He says people should also be alert for mirror trading pitches, Ponzi schemes and affinity fraud, where people use a common background in an effort to gain your confidence, to get  money for risky investments.

Byrne says there are some opportunities that can be legitimate investments, if you know what you’re doing.   Those include private placements. But he says they’re not for everybody;  you have to fully understand the investment and have good advice. He adds that private placements are not liquid.

The Pennsylvania Securities Commission cautions you to do business only with licensed brokers and investment advisors, and report any suspicious offers.

Byrne says it’s best to get a second opinion from your accountant or lawyer or an independent adviser before you invest.   He says you should check with the commission at 1-800-600-0007 to see if the person is registered.